A New Category of Candidates: Anti-Vaxxers

As a recruiting firm we are always on the hunt for talented candidates. It is no secret that today qualified candidates are very difficult to come by. We recently tapped into a new and very narrow class of candidates I never could have fathomed, further narrowing the talent pool according to many major employers we work with.

First, some context: 15% of Americans refuse to get vaccinated according to recent polling. That’s a big number!

Over the past several months we have personally found several highly competent candidates that refuse to get vaccinated. Now, anti-vaxxers are not new and Covid-19 is just the latest in a long list of pandemics. What is new is a federal level OSHA mandate requiring worker vaccinations. 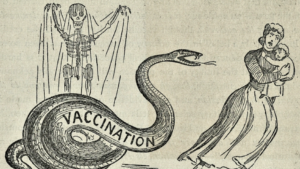 Small public service announcement: some of the unvaccinated may be tempted to try the Antonio Brown route with a fake vaccination card but I implore anyone considering this not to. Speaking of Antonio Brown, and perhaps another blog topic: his exit from the Tampa Bay Bucs is my favorite example on how not to resign from your role – don’t do it, no matter how unhappy you are. 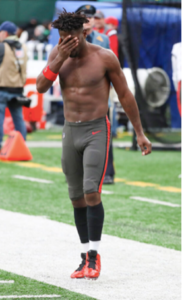 This new class of candidate – “the unvaccinated” – started popping up for our firm in mid-2021, but frankly the first handful of candidates I met were easily able to successfully receive exemptions with a request from their employers. As noted, things got real for some of these anti-vaxxers in November 2021, when OSHA issued a mandate requiring large employers requiring vaccinations by January 26, 2022. Things got super real for me a few weeks later when I met an absolute superstar of a candidate that reached out in a scramble to find a new role after her religious exemption was denied. As background, this was a very rational and articulate young lady with an exemption request that included a letter from her pastor. Wondering how things worked out for her? The candidate had multiple offers within two weeks, and was considered by two of my clients with both of them being open to a remote candidate if she would agree to testing when required to visit the office.

Observations from both sides

First, some employees really are walking away from coveted and lucrative roles without another job. These are men and women with families willing to risk a financial hardship for their beliefs. Perhaps, they would consider being homeless before being vaccinated.

Second, some employers, including one of the largest employers in Metro Detroit, have disregarded and denied these exemption requests. I think it is fair to say this is a slippery slope when the employer judges the merit of an employee’s religious beliefs and perhaps medical exemptions.

It is also worth observing companies are weighing the hazards of litigation, and going through with terminating employees that refuse vaccination.

Too many lawsuits to count are currently in full swing with mandates at the local, state, federal and very recently at the U.S. Supreme Court level which largely sided with the anti-vaxxers. Note: to my HR squad and the business owners and executives that employ them I’d like to reiterate just how much I recognize what a turbulent time you have had facing all these issues the past couple years. HR really does get tasked with some lousy responsibilities.

In the U.S. today there are more than 10 million job openings, and there just could be a new class of candidate to fill some of these roles if employers are willing to consider. I’ve personally interviewed five of these candidates, and they were all highly educated and competent. And lastly, in case you’re wondering about me – I am vaccinated, including a booster.