Bad-mouthing and the Blame Game

Generally, people fall into one of two camps. One is having a victim mentality; think “it is always someone else’s fault and never mine.” These folks play the blame game. The other camp is the accountability camp. You might not like it if you contributed to an uncomfortable situation… but being accountable means you can see the part you played in a situation and fess up to it. 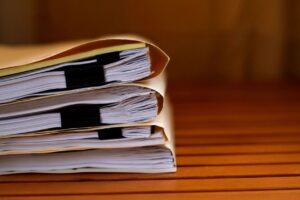 Accountability can be a tough skill for some of us to learn, but it’s an important one. You may know that you shouldn’t have made those negative remarks about the boss’s messy office or about how he’s always pestering you to get more done. You may have only said it to a few people and even been half joking. Does this sound familiar? These types of comments, without any accountability, can damage careers. We’ve seen it happen. A backstory like this example ties itself to candidates and always puts a filter on how they come up with explanations re: why they left their last job. For those with a victim mentality, the knee jerk reaction may be to make an excuse or shift blame. Our advice? Don’t. Just own it and accept responsibility.

As a recruiter, I have candidates interviewing almost daily. Candidates who are more likely to land and be recruited successfully will take the high road in pursuit of their next opportunity. It is pretty standard stuff for an interviewer to ask about departures from former employers. It’s a pretty small world and sometimes prior to speaking with you interviewers do a side door or back door reference.  Let’s say this happens and the interviewer reaches out to a former supervisor of yours. If the situation was not great and you left over a disagreement or failed initiative, are you ready to explain? 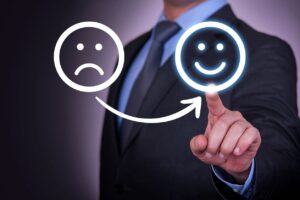 The question gets asked, “I spoke to your former CFO. What do you think he said about your time working for him?” Your mind starts racing and you owe an answer. First, breathe and let the next words out of your mouth be positive and brief. Admit the facts of the situation – we missed the reporting deadline; we had a disagreement; the company was in financial distress; there was tension; I was not happy; travel was too much;  etc. If you left voluntarily explain how a better opportunity arose. If the separation was involuntary come up with a positive spin, like “I was not happy and there was nothing that could be done to fix the situation. Even though it was a setback at the time the experience taught me a great deal about X and Y.” Explain what you learned and then conclude your answer. That’s it, a 30-second answer! Then be sure to pivot the conversation to your experiences or challenges the current interviewer is trying to address.

It is too easy and a sucker’s choice to badmouth the old boss and company, and if you really must vent about the experience that is something best done with someone other than the interviewer in front of you. Consider a close friend or relative over a beverage and a sandwich in a discrete setting.

Best of all, before you move on to your next role, consider doing the work to expand into an accountability mindset. You will get further in your career and life without the weight of a victim mentality holding you back.