Last March I was reading in Crain’s Detroit Business that the Michigan Economic Development Corporation (MEDC) was conducting an executive search for its next CEO using the large national firm Korn Ferry. This really irked me. The very core principle of the MEDC is to drive Michigan economic activity, and no less than five qualified and competent Michigan executive search firms came to mind that would crush this search. Korn Ferry is a great firm but they don’t even have a physical presence in Michigan. Shouldn’t that be a qualification for the MEDC spending Michigan taxpayer’s money? A meritless argument could be made that a national firm with broad reach was needed but the truth is that all the largest Michigan executive search firms, including The Headhunters, frequently and successfully perform out-of-state and national searches. 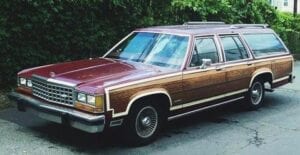 Like so many kids in Michigan, my dad made his living in the automotive industry. Going farther back, my Georgia-born grandfather came to Michigan 80 years ago for the promise of Henry Ford’s $5 a day wage at the iconic Ford Rouge plant in Dearborn. ‘Buy American’ really meant something when I was a kid, and we drove Ford, General Motors and Chrysler cars. Always. At my house, it was frowned upon in the 1980s if a foreign car drove by in the neighborhood. During my early career in public accounting I spent some time working at Chrysler and it used to make me chuckle when I saw the “Competitive Vehicles” parking lot that was a much farther walk up to the building. Effectively, Chrysler was saying: buy our brand or suffer the inconvenience of walking a quarter mile on a frigid January morning.

To this day my wife and I have never purchased anything but a Big Three or Detroit Three vehicle. Sadly, the Big Three became the Detroit Three around the time two of three were emerging from bankruptcies on the heels of the Great Recession in 2009. It’s different today in a great way with so much foreign direct investment in the United States but . . . it’s still kind of the same domestic brand loyalty for me. And the Detroit Three are still the Big Three to me even if the title changed.

Buying Local is the Right Thing to Do 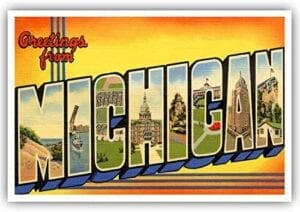 I was incredibly fortunate in my career with Severstal to be part of a team that built a greenfield steel mill in Columbus, Mississippi. When the project was completed we had a grand opening ribbon cutting ceremony and I got to spend a few minutes one-on-one with then Mississippi Governor Phil Bryant. I’m still surprised at my courage but I asked the top elected official of the state if he would consider a provision to source our Mississippi-made steel on infrastructure and highway projects since we were the first and only Mississippi steel mill. Governor Bryant loved the idea and asked his staff to make the connection to his Department of Transportation. Severstal did not want a handout and we wanted to earn the business, but to me all things being equal, it just made sense to have Mississippi workers making the steel for their own roads. It would have been nice if the MEDC had given some Michigan executive search firms a crack at winning their business.

My sour grapes aside, next time you’re at the grocery store in the produce aisle and they have locally grown tomatoes vs. mass produced flavorless foreign hothouse tomatoes consider the impact of buying local. It genuinely means something and it should make you feel good that you supported families in your state.

Working in steel really gets in your blood and never leaves. When the Bay Bridge in San Francisco was rebuilt a decade ago using Chinese manufactured steel that did not meet quality specifications there was an uproar. The upshot is that U.S. Congress acted and strengthened Buy American provisions in federally funded projects.

In the United States we have many rules and regulations that actually get enforced. Michigan’s beloved Congressman, John Dingell, was the architect of the Clean Water Act in the 1970s that restricted U.S. manufacturers from discharging pollutants into our waterways, among other provisions. We also have the EPA, OSHA, NTSB, NHTSA, FDA, USDA and the list goes on to ensure rules are followed in American manufacturing. Sadly, worker safety and rules found in Fair Labor Standards Act do not exist – or if they do, are not enforced with the same stringency in foreign countries producing goods sold in the U.S. The iPhones made in China are manufactured with worker conditions that would not fly in the U.S. And yet I own an iPhone and so does every member of my family except my toddler.

Consider this the next time you groan over steel tariffs: a miner in China is 350 times more likely to die while working than an American miner. It is a fact the U.S. wins many trade cases against foreign manufacturers “dumping” goods. Dumping is often done by foreign firms, SOEs or state-owned enterprises that have overproduced goods and then sell them at uncompetitive prices exceeding costs that a domestic producer could ever dream to produce for. This happens in metals, automotive, appliances, solar panels and even Traverse City, Michigan cherries have brought trade cases against Turkish cherries being dumped in the U.S.

Side note: I’ve always thought Buy America provision on government-funded projects was a no brainer that should never have been debated in the first place. Ask yourself: does the government in China debate whether they should use only Chinese-made raw materials? No, China does not because the government frequently owns the enterprises that produce the raw materials.

Kinks in the Supply Chain

To graduate from business school I had to take a supply chain class. It was an interesting class and I enjoyed learning about just-in-time inventory with the idea that a company only ordered what it needed for short periods, and ordered more frequently. The Covid-19 pandemic has disrupted the supply chain multiple times. Today commodity prices are through the roof on steel, copper, lumber, gasoline and food. Worse for us here in Detroit is the shortage of semi-conductor chips critical in the automotive industry. Car dealerships have very limited inventory and used vehicle prices have skyrocketed.

The upshot is perhaps we will make more of those critical chips (and other components) in the U.S., and changes are coming to the just-in-time philosophy.

Buying American and buying local keeps the American economy rolling, and ideally produces profits that generate domestic taxes. Buying American-made goods also comes with peace of mind that the workers who made your products did so safely, and the materials used meet standards to keep you safe. Earlier this week Korn Ferry apparently succeeded in finding MEDCs next CEO, Quentin Messer, and I wish Mr. Messer much success regardless of how he arrived in Michigan.

I invite each of us – individuals or businesses – to intentionally consider how your decision to buy a product or pay for a service could impact your local economy and community-  if only you choose to invest in that option.