Why I Joined The Headhunters: Rachel’s Story

Though I loved being with future leaders day in and day out as a teacher, I knew the time had come to go back into the work I enjoyed before I left the Army: recruiting. I am excited to bring a different perspective to the Headhunters.  Bringing prospective employees and employers together is what drives me to pursue recruiting.

In fact, a recruiter’s phone call to my high school assistant athletic director changed the course of my life.  The United States Military Academy (USMA) recruiter simply asked, “Academically and athletically, who is your top boy and girl at your high school that you think could handle the challenges of the Academy?”  The assistant director gave him my name, I applied, and was accepted into West Point. Though my grandfather briefly served as a naval officer, I was the first in my family to attend the academy and serve in the U.S. Army. 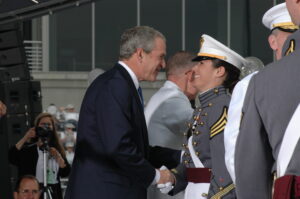 The terror attacks on September 11, 2001, made this acceptance even more meaningful as I was part of the class that accepted and entered USMA after that infamous day.  The next 47 months took me on a journey that, as challenging as it was, I would do all over again.  Not only was I faced with learning military strategy and rigorous academics but the dedication to leadership training I received was phenomenal, imparting valuable lessons that are applicable in all areas of life, career and personal.  Graduating was one of the best days of my life.

After graduation, I was commissioned as a 2nd lieutenant into the Adjutant General Corps, the “Human Resources of the Army.”  I attended training at Fort Jackson, SC and eventually made my way to Fort Carson, CO where I began serving as a Battalion Adjutant for 204th Brigade Support Battalion, 2nd Brigade, 4th Infantry Division, ensuring my office processed the battalion’s personnel actions in a timely manner.  I transitioned to the Brigade Strength Manager.  This job allowed me to see our staffing across the brigade.  I kept track of company command lists, in and outbound personnel, and special personnel needs.  The most rewarding aspect of this job was aligning personnel with the positions that matched their career goals, whether it was within our unit or working with external agencies to move personnel to maximize unit objectives.  When the unit deployed, I became the Brigade Rear Detachment Adjutant, responsible for the deployment and redeployment of the entire brigade and also tracking the training and deployment of inbound Soldiers, while still processing and tracking personnel actions. 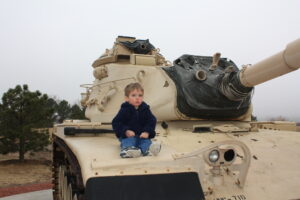 I married an Academy classmate after graduation and we welcomed 2 boys while stationed at Fort Carson.  We quickly realized with the up-tempo of deployments in the Army we couldn’t sustain being parents and dual military and decided to both leave the service. My husband entered the civilian workforce and I became a stay at home mom.  When both boys were in elementary school full-time I started working as an Early Education Teacher.  I was blessed with amazing classes that drew me into the wonder of childhood: the children invited me to share their belief that anything is possible and magic still exists.  I believe in the play-based education method, which allows a child’s interests to drive their schooling.  Facilitating children growing to be critical thinkers and work on focusing through tasks while also doing something they enjoy made the sometimes-tough career a rewarding one.  Nevertheless, it was time to move on and challenge myself in a new way – civilian recruiting.  I hope to change lives through helping people find new careers like the recruiter who helped change mine by opening an opportunity to apply to the Academy.